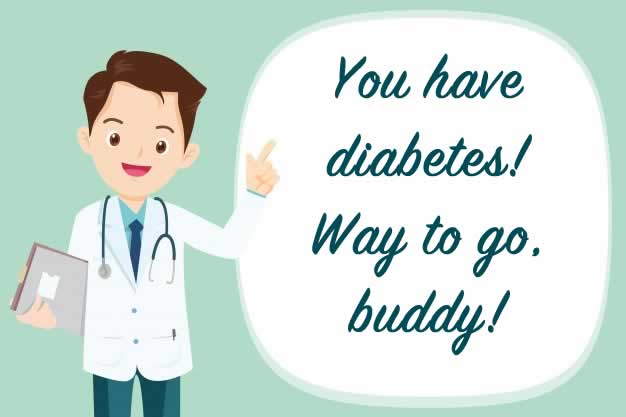 A few weeks ago, I was having a gout flareup. It was my first flareup since my Summer of Gout in 2016, so I went to a medical clinic here in Seoul, Korea where I live.

Of course, they took a blood sample to see my uric acid level. Turns out my uric acid was high, and my blood sugar was super high.

A second blood test confirmed the readings from the first one, and I officially became a diabetic on April 29, 2019.

Goddammit. The list of things I can’t eat just got a lot longer.

See, I’m already not supposed to eat red meat or drink beer due to gout. Now, with diabetes, I have to cut out sugar and carbohydrates. Goodbye ice cream, pasta, rice, bread, and everything else.

I didn’t really despair too much when I heard the news. It’s diabetes, not cancer. But I was both surprised and dismayed.

I was surprised because most people associate type 2 diabetes with obesity and a generally self-destructive lifestyle. I guess that’s why type 2 diabetes is considered the “your fault” variety of the disease.

I am, however, Asian. Apparently certain ethnicities (including Asians) are more at-risk for diabetes than others. Wonderful.

Beyond that, I don’t know what else led me to be diabetic. My lifestyle has never been super healthy, but I wouldn’t say I live an exceptionally UNhealthy life. Maybe it’s genetics. I was adopted, so I don’t have a family history to hold up as evidence, but I suspect my crappy genes are involved to some extent.

My dismay at having diabetes mostly stems from the additional restrictions I now have to place on my life. It’s just annoying.

But honestly, I can’t be too upset. There are much worse problems to have than diabetes and gout.

Nonetheless, diabetes is bad. I would prefer to not be diabetic, but I guess this is my new reality! Yay.