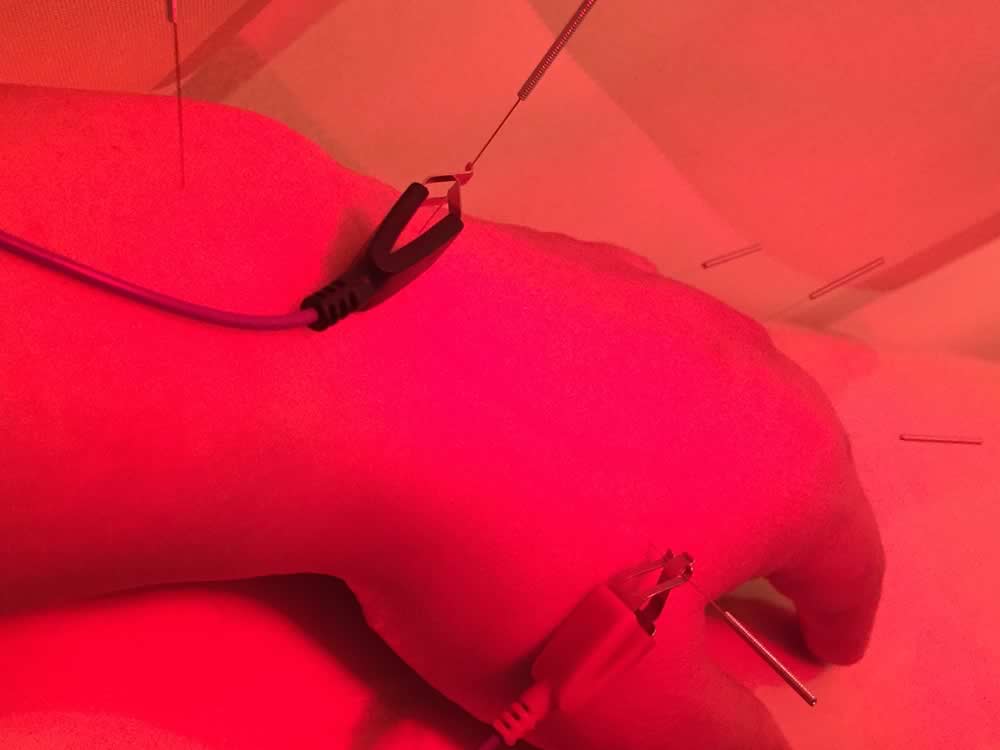 I think I have a better idea of what the deal is now. The doctor at the clinic speaks English pretty fluently, and she explained to me that their treatments (at least in my case) are all about improving my circulation.

What they did to me on Day 1 with the heating pads, the suction cups, the acupuncture, and the cupping therapy wasn’t aimed at curing my condition, probably because there is no cure. The purpose was (is) to limit the pain by increasing blood circulation to my left arm and shoulder, the affected area.

This means that, as long as I’m suffering from shingles pain, I’ll need to go to the Eastern medicine clinic for treatment if medication alone isn’t cutting it.

So that begs the question: Is the treatment working? Does acupuncture and all that other stuff actually reduce my nerve pain from shingles? They do the exact same stuff to me every time, and we seem to have the routine down pretty well now after a bunch of visits.

So far, I think it IS helping. I’m still taking Neurontin after each meal, and I’m still taking Ultracet at bedtime and when I wake up (I discuss these drugs briefly here). As an aside, I think what the doctor said about sleeping is that lying down causes circulation to slow, hence the increased nighttime pain. Anyway, I think the prescription medicine, in combination with the Eastern medicine routine, is the reason my pain has gone down dramatically.

I no longer have shoulder pain. It was really bad when the shingles first came on. It was bad enough that I was getting pretty desperate to make it stop. I’m guessing since then, the pain has probably declined some on its own, and now my Eastern medicine and modern drugs are taking care of the rest.

My general arm pain has also gone down quite a bit, possibly for the same reasons.

For the past week, I’ve been going to the Eastern medicine clinic nearly every day. And for the most part, I feel relatively pain-free.

Ironically, my left index finger (and my left middle finger, to a lesser extent), hurts more than ever, and I think I can blame that on all the typing I have to do at work. Both fingers have seen some swelling from the shingles, and typing all day long certainly can’t be good under those circumstances. Lately, I’ve been typing with my right hand and my left thumb. It’s not ideal, but it works well enough.

Oh, also … I wrote about how painless acupuncture mostly is, and that’s still true. However, I’ve found that getting needles stuck between your knuckles kind of sucks. But when they stick a thicker part of your body, like your arm or leg, it’s really no big deal.