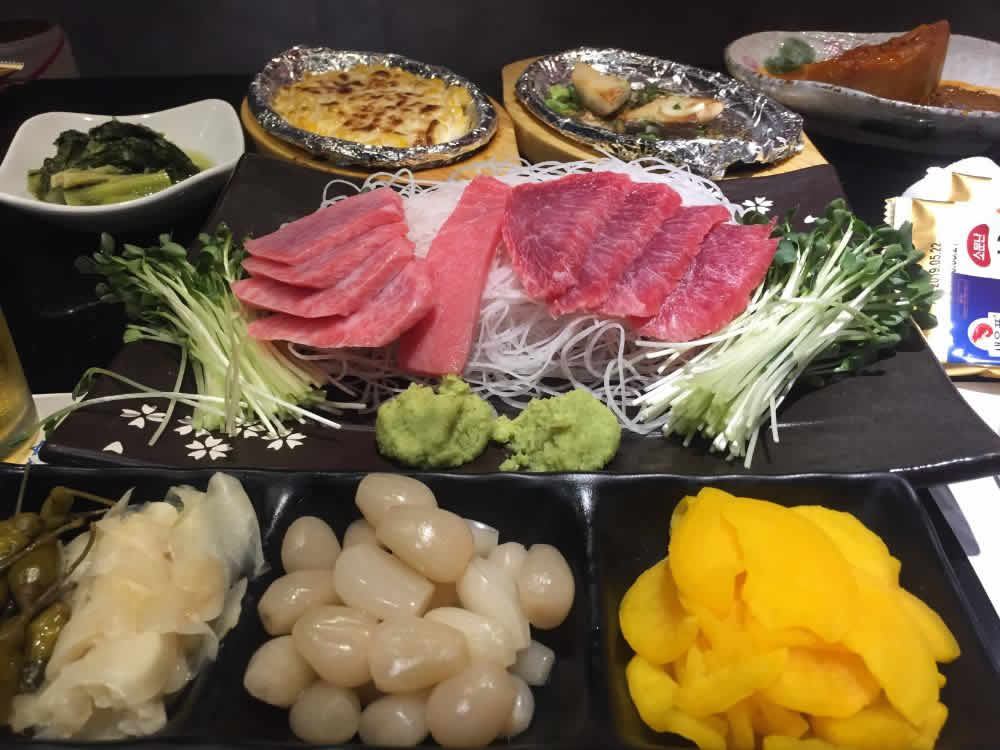 This reading of 101 was over 6 hours after lunch. I was really hungry.

I think this reading was around 1-2 hours after finishing. My friend and I were eating, and then we stayed at the restaurant to drink a bit, and then we went to a bar after that. I wasn’t keeping track of time the way I usually do.

Tuna sashimi is TERRIBLE for my gout, but it appears to be safe as far as blood sugar levels go. Since I may have waited more than the usual hour after eating before I checked my blood sugar, the actual 1-hour-after number might have been higher.

Also, it’s worth noting that this kind of meal comes with all kinds of other dishes. I mainly stuck to the tuna and pieces of dried seaweed.

The alcohol we were drinking was soju with, of course, Coke Zero which I brought myself with the restaurant owner’s blessing.

Soju is a “traditional” Korean fermented liquor that basically tastes like weak vodka. Most people drink it straight, but I need the Coke Zero. By itself, I think soju tastes like ass. I would say the same about vodka, too.

My friend was also drinking beer, but I stayed away. I love beer more than anything, but I was already doing a disservice to my gout by eating the tuna. Beer would have been very unwise.

Diabetes blood sugar before and after: cherry tomatoes
Why I test glucose ONE hour after eating
Sorry, but tamales are not bueno for diabetes 🙁
I has diabetes. I can has cheezburger?
Campbell's Chunky Manhattan Clam Chowder: It's the potatoes, stupid!
My super-messy, super-delicious homemade Egg McMuffin ... on an actual English muffin!