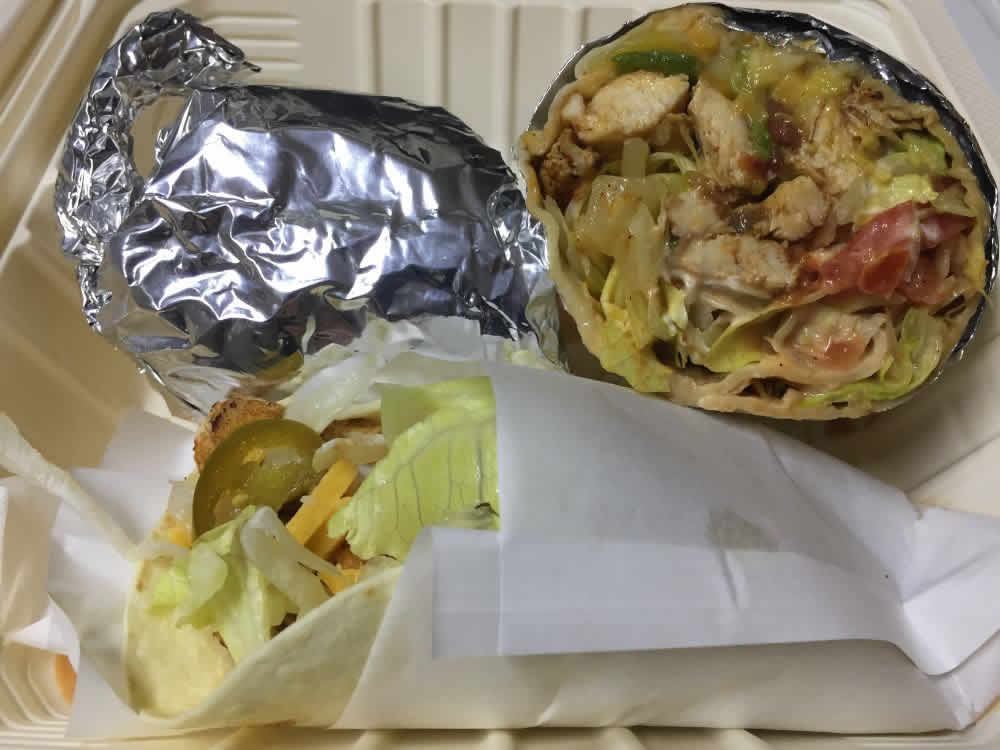 This reading of 89 was a couple hours after eating a Korean pear. I’ve lost track of my blood sugar reading from that pear because it was a few days ago, but it wasn’t as high as I was expecting it to be.

This reading was about an hour after I finished my burrito and taco.

Also, a note for people in the U.S.: burritos in America are huge. There is a place in Chicago (where I’m originally from) that literally advertises “burritos as big as your head.” Burritos in Korea are more reasonably sized, possibly because head-sized tortillas are harder to find here.

I chose to eat a burrito AND a taco because I felt emboldened after getting such good results from eating a burrito bowl and a taco (95 → 124). And I also asked the guy to leave out the rice.

So, in this case, I was adding a big burrito-sized tortilla to the mix.

Apparently, the cost of that big tortilla is roughly a +40 increase in blood sugar:

I probably shouldn’t do this all the time, but I think I can live with 162!

I’ll have to test this a couple more times to see if the blood sugar increases stay reasonably consistent.