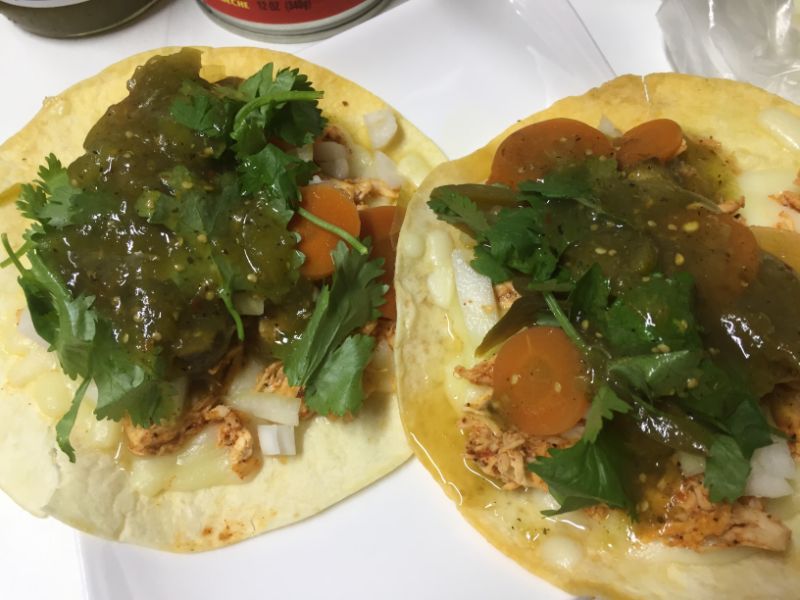 This reading of 109 was maybe 90 minutes after eating some salad. I hadn’t eaten anything other than that.

This reading was about an hour after I finished my two chicken tacos.

A couple of things … I followed mostly the same recipe that I wrote out a few days ago, except I poured in a lot of lime juice. Sometimes I like to do that cuz I’m crazzaaay.

And then about an hour later, I got hungry again. One more taco, this time weighing in at about 125g.

Still coming down from the 176 after my previous two tacos.

Wait, what? I’d like to believe that tacos make the blood sugar go down, but I don’t think that’s how it works. So I did a second test with a different glucose monitor.

Both tests were an hour after the taco. So what happened? I dunno!!!! The body does weird things. Maybe in the past couple of hours my body decided to stop being diabetic. Haha. Right.

Screw you, diabetes! I'm eating this Italian Beef sandwich whether you like it or not!
Diabetes blood sugar before and after: Mexican food (chicken burrito bowl and a chicken taco on a fl...
If you are diabetic, do NOT eat these Korean noodles!
Hi, I have goddam diabetes. Can I eat a four egg omelet? Hellzzzz yeahh
Diabetes blood sugar before and after: tomatoes and cucumbers
I have Type 2 Diabetes. Here's what happened when I drank 4 beers.