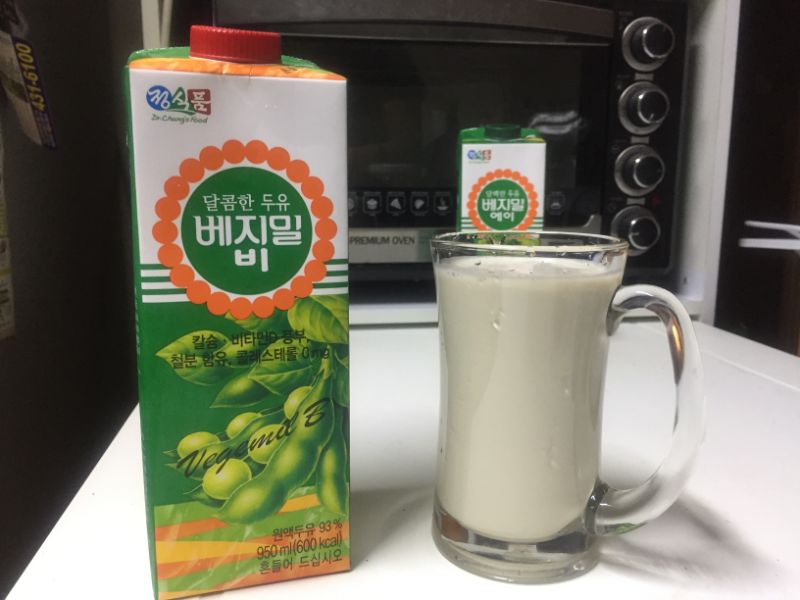 Ok, a little caveat is needed here. I’ve only done this experiment with ONE type of soy milk, and it’s a brand of soy milk that’s probably only sold in Korea.

So will you get the same results with something like Silk? I have no idea! All I can tell you is what I got here.

This was late at night, so probably on an empty stomach.

I was pleasantly surprised by this. I drank basically an entire pint (1.7 cups) of the sweetened soy milk, and my blood sugar only moved a pretty small amount.

I should probably do this experiment again. I like soy milk, especially the sweetened kind, and I’ve started drinking it pretty regularly since I did this test.

I’ll update this later when I do this test again.

This reading of 98 was late at night, so I hadn’t eaten anything in several hours.

This reading was about an hour after I finished the soy milk.

And a while back, I also drank about two cups of UNsweetened soy milk.

This reading of 128 was late at night, so I hadn’t eaten anything in several hours.

This reading was about an hour after I finished the soy milk.

Here's a weird snack idea: edamame!
Diabetes blood sugar before and after: kimchi stew (김치찌개)
Hail, Caesar! The salad, not the Greek dictator
Taco Bell burritos and soft tacos are not bueno for diabetes
Hard shell tacos are easy on the diabetes, and that is muy bueno
KFC Chizza - Is it cool for this diabetic to eat TWO?