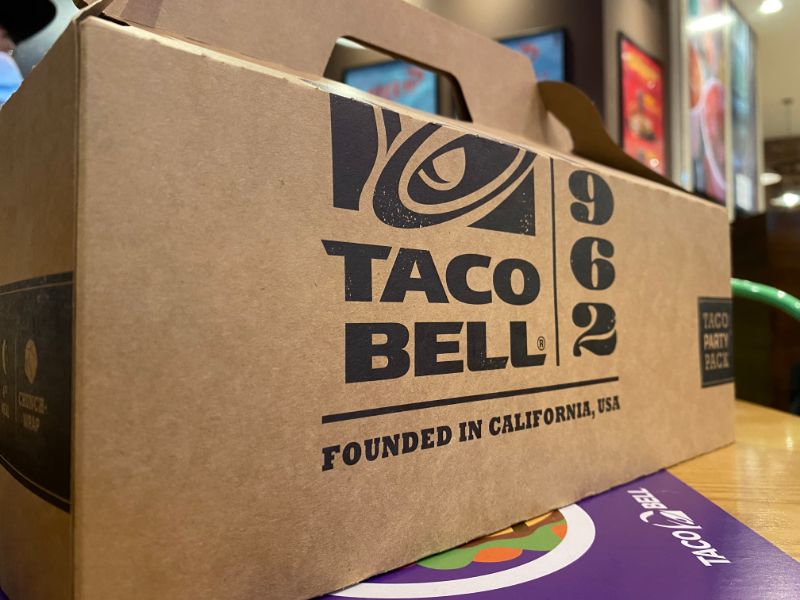 I love fast food. But thanks to goddam diabetes (and my special bonus, GOUT), Whoppers and Big Macs are pretty much off-limits now.

BUT THERE’S STILL TACO BELL! And KFC is also more or less OK for the diabetes, but for me, Taco Bell is where it’s at.

I know. Taco Bell is garbage. The reason I love it is mainly because I love Taco Bell’s hot sauce. If it weren’t for the sauce, I wouldn’t bother eating this crap.

So a couple weeks ago, I met up with a friend for a Taco Bell run. I bought a shitload of food … four burritos and eight tacos!

Who the hell goes to Taco Bell and spends $40??!! THIS GUY. You can’t see me, but I’m proudly pointing both my thumbs at myself.

I had forgotten to bring my glucose meter with me on the day of this pilgrimage, so all of the tests below were conducted at home.

And yes, I am aware that microwaved Taco Bell is kind of nasty. But I ate it all in the name of science!

This reading of 73 was on a Saturday night, several hours after returning home from Taco Bell. I hadn’t taken my Diabex/Metformin yet.

This reading was about an hour after I finished my burrito and soft taco.

OK, so this is really, really bad! I think part of the reason for this big increase is that the burritos all had rice in them. I forgot to tell them to leave the rice out. Whoopsie.

But more broadly speaking, it’s probably the tortillas that are doing most of the damage.

I make a lot of tacos at home, but the tortillas I use are tiny and very thin. I’m pretty sure Taco Bell’s tortillas are more doughy and deliver a lot more carbs.

As for weight, the burrito weighted 245g and the soft taco was 110g.

This reading of 98 was the next day when I woke up for my Taco Bell breakfast.

This reading was about an hour after I finished my burrito.

This reading of 121 was two hours after eating the burrito for Test #2.

This reading was about an hour after I finished my tacos.

All right, I think we can ignore this! Maybe my glucose kept climbing after my second blood sugar check for Test #2, so it was still falling three hours later? Eh, who knows.

This reading of 114 was on Monday when I got home from work. As is generally the case, I hadn’t eaten anything since lunch other than those little sheets of dried seaweed that I like as a snack.

This reading was about an hour after I finished my tacos.

I can’t say for sure, but it’s probably fair to assume that the soft taco did most of the heavy lifting here.

I’ll have to do a more comprehensive test of hard shell tacos only sometime in the future!

So here’s the final tally:

As for the burrito by itself, I guess +68 isn’t THAT bad, but it certainly isn’t great. And I’d say the same about the hard/soft pair of tacos giving me +56.

Taco Bell has some kind of “burrito bowl” thing, so I’ll definitely test that sometime in the future. And I’m expecting that to be very easy on the glucose like any salad should be.

And the hard shell tacos are definitely worth testing again. That 121 → 107 is bullshit! I don’t mind when that happens because lower glucose is better than higher glucose, but it doesn’t accurately reflect a typical result.

Are strawberries safe for diabetics? Well ... yeah! Turns out they are
How fast does Metformin work? Also, bell peppers ... WTF!!
Diabetes blood sugar before and after: Burger King (BLT New Orleans chicken sandwich)
Diabetes blood sugar before and after: Mexican food (chicken burrito bowl and a chicken taco on a fl...
I eat munchkins like you for breakfast!
Aww! Just look at this cute widdle egg tart