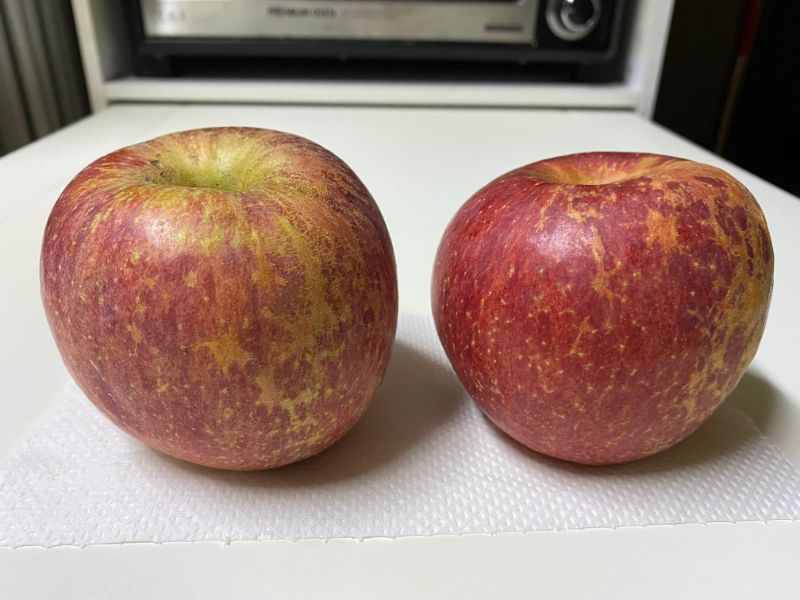 Since getting diagnosed with goddam diabetes nearly two years ago, I have cut most fruits out of my diet. I eat cherry tomatoes and avocados regularly, but not much else.

So when a whole bunch of apples magically appeared at work just before the big Lunar New Year holiday, I grabbed a couple!

I was not expecting good results from eating these apples.

Anyway, who cares what the stupid internet says. It’s all about the results!

This reading of 121 was when I got home from work. As usual, it had been many hours since my daily Diabex/Metformin, and I hadn’t eaten anything in a while except for maybe some dried seaweed.

This reading of 189 was about an hour after finishing the apple.

And just to be sure my body wasn’t trying to prank me (which happens sometimes), I checked my blood sugar again after an additional 30 minutes (169 mg/dL), and again after yet another 30 minutes (151 mg/dL).

This reading of 124 was in the morning when I got to work. This was a few days after Apple #1. I also had a little brick of colby jack cheese.

As is customary, I gave one small slice of both apple and cheese to the swell gal who sits to my left, but I munched down the rest on my own.

This reading of 188 was about an hour after finishing the apple and cheese.

I can already hear the science nerds questioning why I tested Apple #2 with that chunk of colby jack when no such cheese was included with Apple #1.

Well, smartypants, I ate the cheese ‘cuz I wanted it! Also, based on previous cheese tests, I knew it wouldn’t have a big impact on the glucose.

So Apple #1 and Apple #2 both yielded very similar results. I got increases of 69 mg/dL and 64 mg/dL respectively, so hey at least the tests are consistent!

Does this mean that apples are safe for diabetics to eat? I’m gonna say YES, but with the caveat that maybe you should just eat half an apple instead of a whole one.

My usual desk breakfast of cucumber spears and cherry tomatoes gets kind of old, and I feel like half an apple might actually be a better choice than the tomatoes.

If you like dem apples, do your own test and lemme know what happens!

Salad sucks, so make coleslaw instead!
Yes! Heinz "No Sugar Added" ketchup is way easier on the glucose than *regular* ketchup
What HALF a can of Campbell's Chicken Corn Chowder did to my blood sugar
Aww! Just look at this cute widdle egg tart
🍕 A widdle pizza pita thing I made 🍕
If you are diabetic, do NOT eat these Korean noodles!