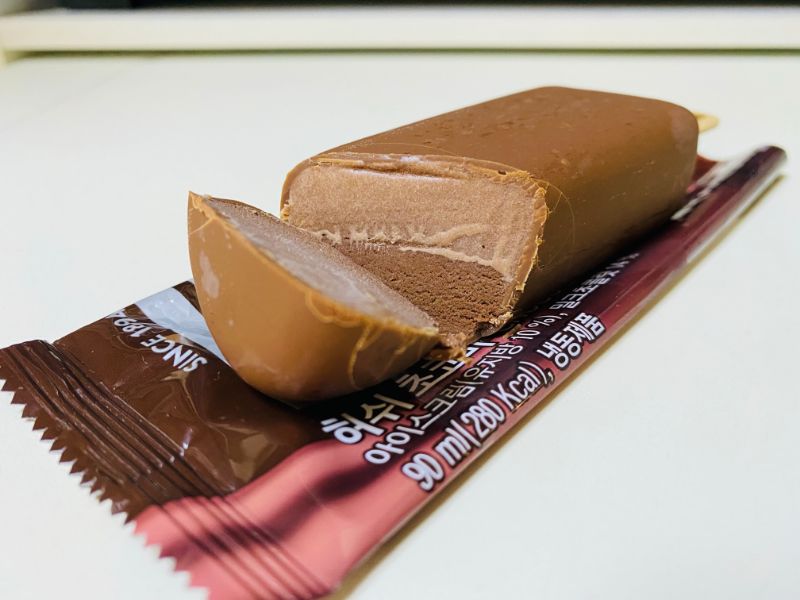 Back in March 2020, I ate half an ice cream bar. And then I ate the other half a day or two later.

The results of those wee little tests? Shockingly mild!

The first half of that ice cream bar gave me 83 → 94 mg/dL. The second half resulted in 90 → 104. And despite this, I would like to reiterate that the Crunky brand mint ice cream in the picture below is TERRIBLE. Don’t eat it!

So, realizing that not all ice cream bars are created equal, I didn’t jump on the ice cream train right away. I figured that what I ate was probably an outlier, and most other kinds of ice cream would give me very, very different results.

Turns out I was right. But, weirdly, ice cream in limited amounts doesn’t always explode the blood sugar as much as one would expect!

Hershey’s ice cream bars were on sale, so I bought a bunch and did several tests.

And just this morning (afternoon, actually), I woke up and decided to have a mint chocolate chip ice cream bar for breakfast. Yeah, I know. I’m living the dream.

These are the notes I took for each one, and as always, the second test was one hour after eating. Well, except for the one where I forgot to test until 1 hr 15 min had passed.

It’s safe to assume that each was eaten on an empty stomach and without any recent Diabex/Metformin.

I also did a followup test on a couple, just to make sure my glucose wasn’t still climbing.

One possible explanation for this low increase is that this mint chocolate chip ice cream bar has only 19 grams of sugar. Hershey’s above has 24 g.

And this is a bit off-topic … but while I was waiting to do my second and third glucose tests, I WAS VAPING! I only mention this because I’ve been meaning to write up a thing on whether or not vaping affects blood sugar. So far, for me, it does not seem to have any effect.

Ok, vaping aside … what have we learned here? The Hershey’s ice cream bar results are a bit scattered with the smallest increase being +37 mg/dL and the biggest one being +77 mg/dL.

Gotta admit, +77 is pretty bad! But that didn’t happen every time. And today’s +40 from the mint chocolate chip ice cream was a nice surprise.

Also, I was kind of annoyed that eating a Hershey’s ice cream bar after going on a 22 mile bike ride didn’t give me better results!

I did all that huffing and puffing and still got an increase of +67. That’s not too far from the one where I got +77 by sitting on my ass.

For me, I guess my conclusion is that eating one ice cream bar is fine as long as I’m starting from a low point and don’t plan on eating anything else afterward. I’m also going to be more careful about checking the nutrition info on the wrapper.

And I’d like to point out why I like ice cream bars instead of scooping it out of a tub: An ice cream bar of any given brand or variety will always be the same size! It’s a finite amount of ice cream, and when I’m done, I’m done.

Sitting on the couch with a pint (or gallon?) of ice cream might be a really bad idea if you lack self-control. That’s not much of an issue for me, but I still like the consistency of eating ice cream on a stick.

Will you get the same results that I did here? I’m gonna guess NOT. You might be eating a different kind of ice cream, and it might be bigger or smaller, and obviously your body probably does things differently than my body.

Anyway, I would like to close by saying FU DIABETES! I’M EATING MY DAMN ICE CREAM AND THERE’S NOTHING YOU CAN DO ABOUT IT!