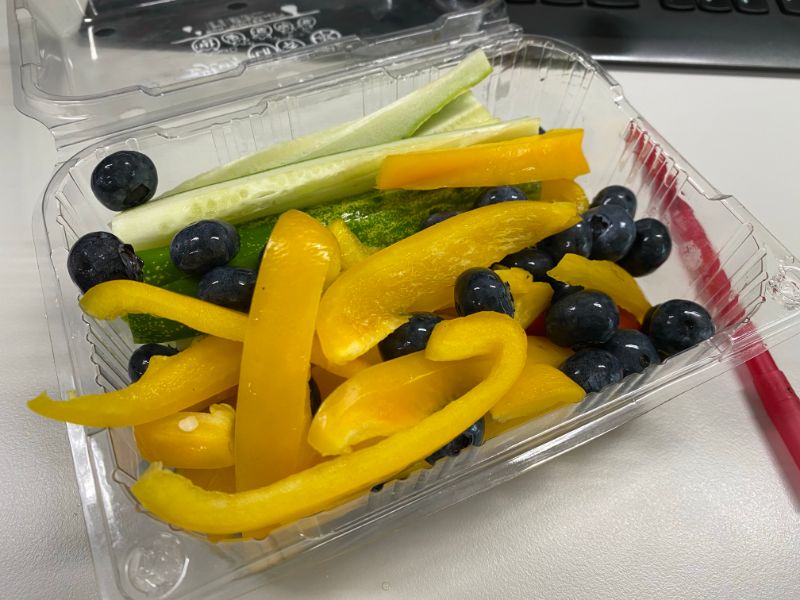 In February of last year, I did a test where I ate two bell peppers, and suffice it to say that the results were very NOT bueno.

But now, in retrospect, I suspect that glucose result was somehow tainted. Maybe there was something on my finger. Maybe the test strip was defective. Maybe my glucose meter just decided to prank me. I have no idea!

So I mostly avoided bell peppers for close to 18 months. And then one recent commenter, Mike Young, left this comment on that ill-fated bell pepper test:

I think something went wrong and you should have tested again. Bell Peppers only have a GI number of 41.
https://healthfully.com/289170-glycemic-index-of-bell-peppers.html

The possibility of a bad test has always lingered in the back of my mind because that glucose swing was bonkers, but I never got around to it. And then Mike left that comment! And that was the kick in the ass I needed to revisit bell peppers.

So … THANKS MIKE! I took your advice and did some more tests.

In fact, I did FIVE tests. Four of them were at work, first thing in the morning. The other was at home when I was hungry and just wanted a snack.

Well look at that! Bell peppers decided to stop trying to kill me.

Keep in mind that when I got that comically high 340 mg/dL, that was after eating TWO bell peppers. These tests reflect eating just one pepper, but also with other diabetes-friendly things.

But still, it seems pretty clear that one whole bell pepper is not the death sentence I once thought it was. And if I were to eat two, I’m pretty sure I wouldn’t be hitting 340 again.

I guess the moral of the story here is to follow up with another test if you think maybe your glucose result is way, way off the mark.

I should have tested again after getting that huge number a year and a half ago, but I was at work and probably got busy with … I dunno, doing my job or something.

So don’t fear the pepper! But, as with just about everything else you put in your body, don’t go too crazy either.

How to eat Taco Bell without dying instantly
Glucose Meter Comparison: Are They Really All the Same? Also: Do NOT Eat Korean Buckwheat Noodles!
Why diabetics should never, ever eat RAMEN NOODLES!
Diabetes blood sugar before and after: Hormel Vegetarian Chili With Beans
Go ahead and eat those McDonald's chicken nuggets ... but say NO to the sauce!
Excuse me while I toss my Korean salad