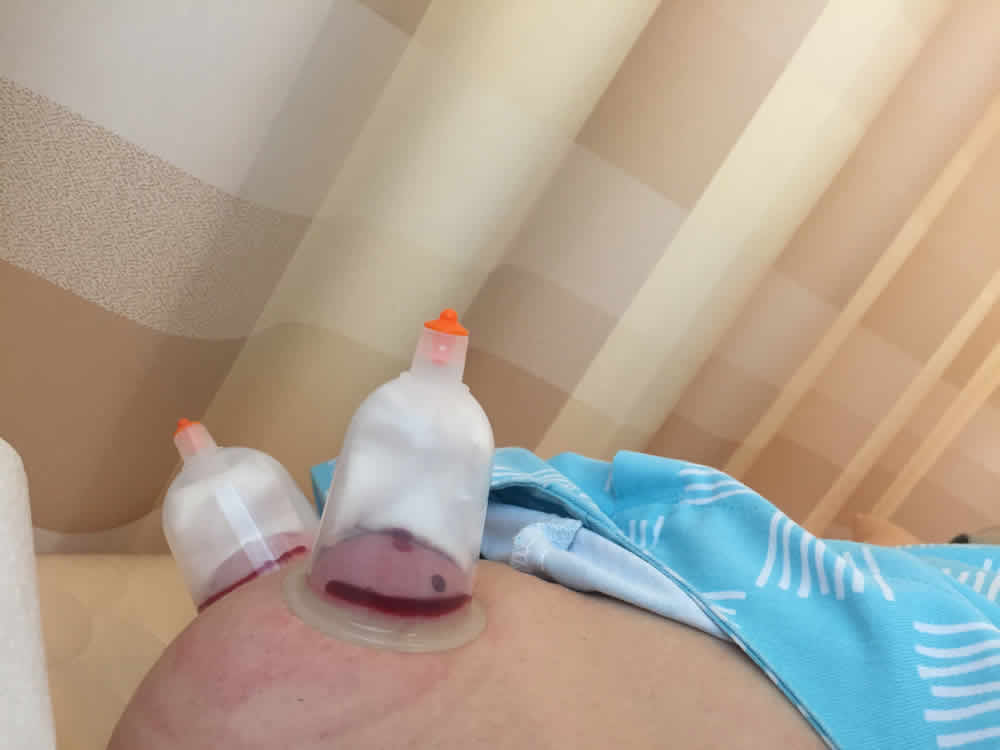 I was already thinking about getting acupuncture to treat this shingles thing I’ve got going on (apparently postherpetic neuralgia = shingles), but I’ve been putting it off. I’ve waffled on it mainly due to uncertainty about whether it will do any good.

When my father-in-law had the Post Hepatic (sic) neuralgia he went to several different doctors with only some success. Then he went to a acupuncturist and got quite a great deal of relief from the pain. My father-in-law is not normally the acupuncture, alternative medicine kind of guy. So it took quite a bit for him to go but it was definitely worth it.

I walked in thinking it would just be a one-time thing, but the doctor (?) there told me to come back tomorrow and the next day as well.

Here’s what they did today:

I’ve had acupuncture done before, and it always starts with warming up the affected area with a heating pad and/or a heat lamp. They put the heating pad on my shoulder for about 10-15 minutes, and another one under the back of my neck.

The suction cups were hooked up to a machine that made the cups vibrate and pulsate in various patterns. I liked it. It felt kind of like a massage, and it feels like there are mild electrical charges, too.

Acupuncture is done with needles. Some people are better at applying the needles painlessly than others. The doctor who did it today was good at it, so I barely felt anything.

The red light is from a heat lamp above.

I’m not actually sure that this is true “cupping therapy.” It probably is, but it’s not as extreme as some of the pictures I’ve seen online.

The doctor used a little gun to puncture two different patches of skin several times each. It didn’t hurt.

Then she applied the suction cups that drew out some blood. I thought the cups were going to fill up, but they only drew out a small amount of blood.

The second photo below just shows what my shoulder looked like when the cups were removed.

Now that Day 1 of this treatment is over, I’m not sure that it’s helping yet. I don’t feel all that different. My skin is still sensitive and the two or three fingers on my left hand that have been swollen are still a bit swollen.

Here’s what went on in my following visits.