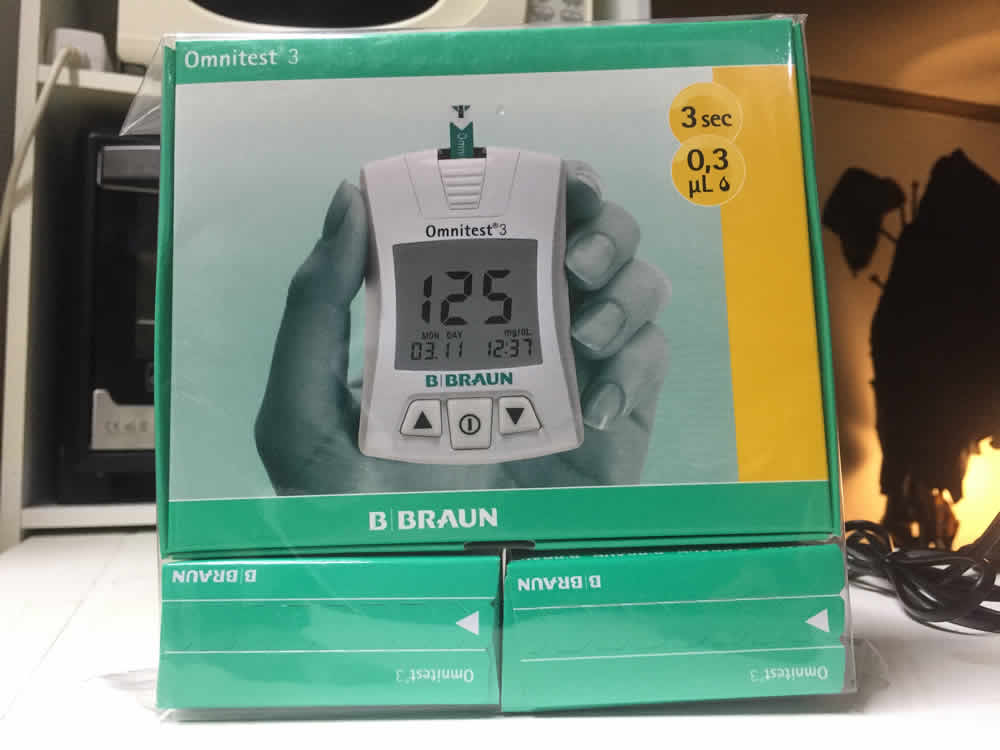 I’ve been taking Metformin for three weeks now (thankfully no serious side effects, for me anyway) and I finally went and bought a blood sugar monitor. That’s what it’s called, right? Prick your finger, touch the blood to a test strip that’s plugged into a gadget. That’s what I bought.

Based on my doctor visit today, I get the feeling these things can give readings that are pretty different, at least within a certain range.

The doctor, who has a different brand of blood sugar monitor (not sure which, but it doesn’t look fancy), tested my blood. The number was 90. That’s really good compared to two weeks ago when it was about 133 under roughly the same conditions (right after work).

So then I went home and tested myself 10 minutes later. I hadn’t eaten anything. I just went straight home and did it. The doctor had 90. What did I get?

117 is still a good number! I think. Still trying to figure out what numbers I want or don’t want to see.

But 90 and 117? That’s a 27 point swing. I guess they’re in the same ballpark, but I was surprised at the difference.

The lancet thing, which I guess is usually called a finger-stick, threw me off. It appears to have a button on it, but the button doesn’t do anything! It doesn’t move at all when I press it. When I finally learned how to use it, it was still really difficult to get it to work. And today, it remains difficult. The thing is a cheap piece of crap.

Maybe I set it up wrong. Maybe I installed the lancet wrong, I dunno. But I’m able to get it to prick my finger with a quick pull-and-release of the spring-loaded piece at the end of the finger-stick. I’m still getting used to it, but it seems easy enough to use. I did not set it up wrong. The finger-stick is not easy to use!

The whole thing comes with a carrying case and 100 test strips. It reads the test strip’s code automatically. That’s all great, but it only came with FIVE lancets! That blows. I don’t know how often I’m going to change lancets, but five sounds like woefully few.

Here in South Korea, I paid ₩29,500 for the kit. That’s about USD$25. And buying another 100 test strips looks like it’ll cost me about $23. I’m starting to think I might have gotten sucked into buying something that has a low entry fee but a high cost of use? It turns out that the costs of test strips for this thing is pretty standard, and maybe even on the low side.

I probably should have done that to begin with, but I just kind of bought this on a whim. Like, gosh I wonder if my blood sugar is dangerously high lol. Taptap. Order placed.

Yes! You CAN pair two Accu-Chek glucose meters to the same device
How much does insulin cost in Korea? Not much!
Everything you wanted to know about diabetic lancets but were afraid to ask