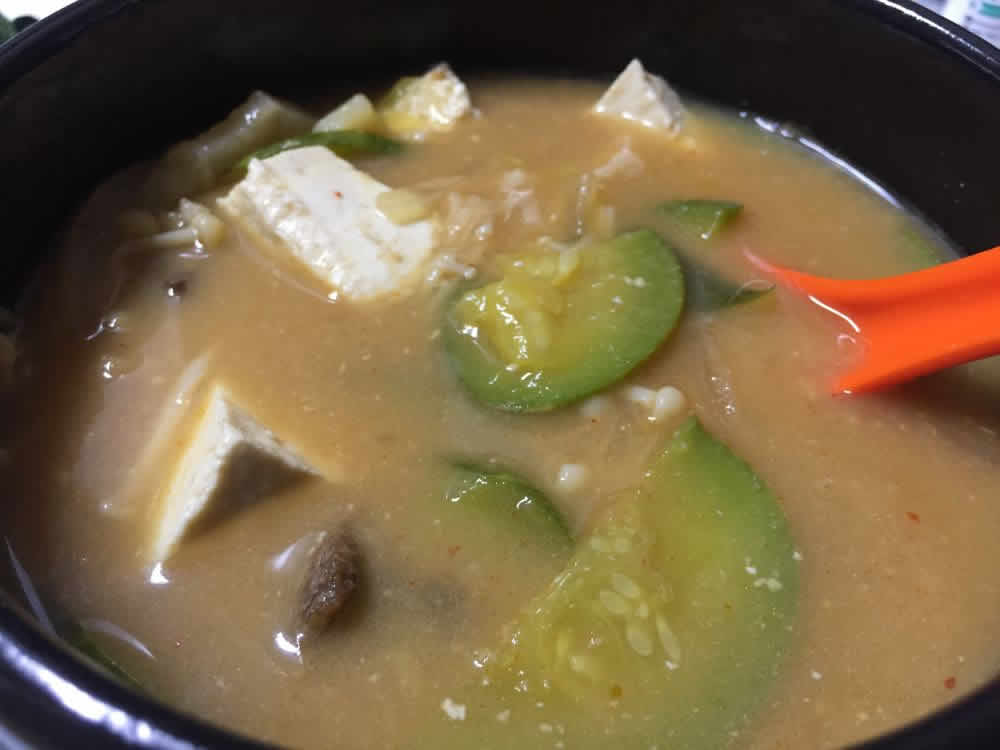 This reading of 94 was a little over an hour after eating a banana at work.

This reading was about an hour after eating my soup.

And second, don’t be grossed out by the name of this soup. The name sounds way more appetizing in Korean, I assure you. As the name, which I copied from Wikipedia, suggests, it’s made from a Korean soybean paste called “dwen-jahng” (된장).

This soup is usually made with squash, chunks of tofu, bits of potato, some stringy mushrooms, and tiny little clams. It’s really good.

In a Korean restaurant, you would order “dwen-jahng jee-gay.” It’s usually kind of salty, but it’s delicious.

Why diabetics should never, ever eat RAMEN NOODLES!
I knew this sub sandwich wasn't gonna do me any favors!
Diabetes blood sugar before and after: three bananas
How diabetes-friendly are airline "diabetic" meals?
Diabetes-friendly baked goods!
🍕 A widdle pizza pita thing I made 🍕