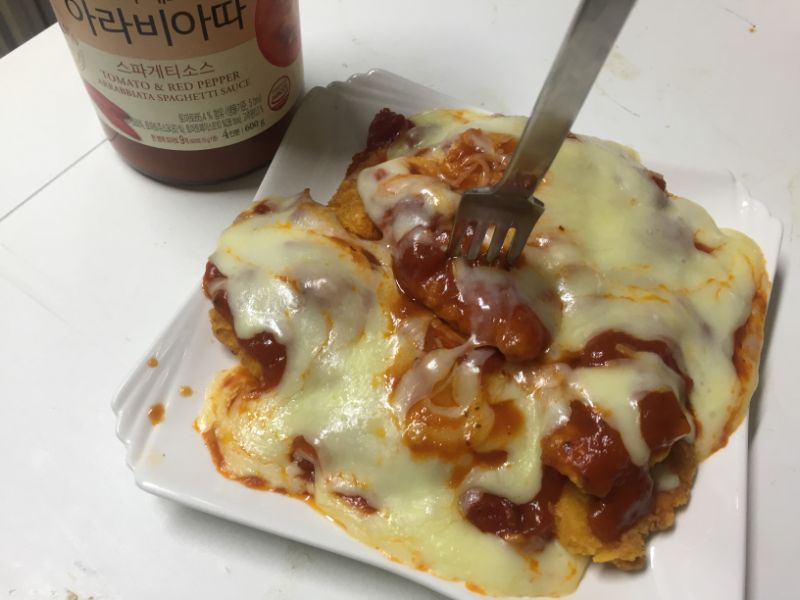 As a single guy who’s too lazy to cook all the time, chicken nuggets account for a shocking proportion of my diet. Lately, I’ve been quite enamored with frozen chicken tenders … they’re a step up from the nuggets. More sophisticated. Classy!

I’ve kept records of several of my chicken tender adventures. Here are the results.

This reading of 83 was after waking up on a very lazy Saturday afternoon.

This reading was about an hour after I finished my chicken tenders. I had eaten six of them, and each was slathered with Hunt’s BBQ sauce and Frank’s Red Hot.

162 isn’t a great number, especially considering that I started off at 83, but I guess it’s not horrible.

A previous blood sugar before-and-after with only five chicken tenders resulted in 134 → 174. The photo below is from a different time when I had six tenders, not five.

Since chicken tenders with BBQ sauce and Frank’s Red Hot seems relatively safe, I tried to kick things up a notch.

This reading was about an hour after I finished my chicken tenders deluxe.

101 → 229 isn’t a death sentence, but it’s definitely not good. Since I routinely eat shredded mozzarella on the chicken tacos I love so much, it’s probably fair to assume that the sugar spike is from the spaghetti sauce.

I guess the good news is you can experiment with different kinds of spaghetti sauce and see what happens.