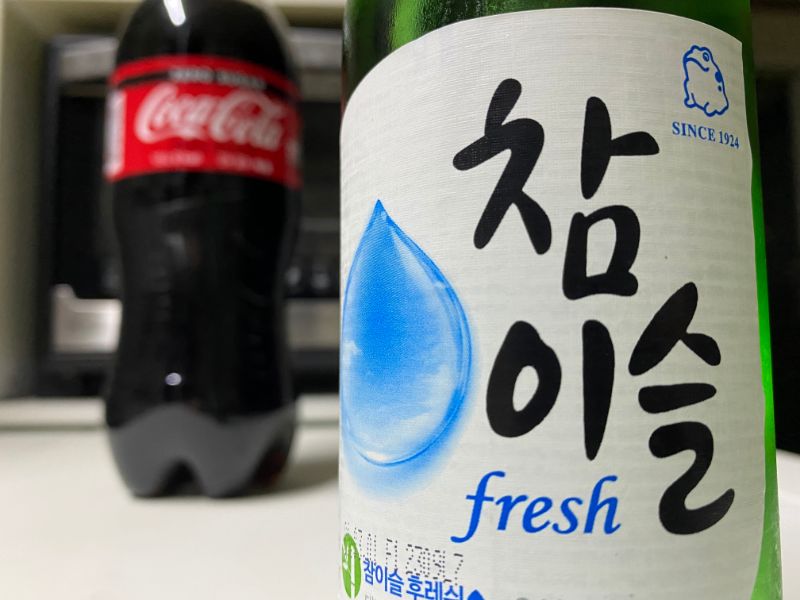 Ok, FIRST THINGS FIRST! A word about this post title:

Yes, soju is “good” for diabetics!*

There’s a wee little story behind that.

See, Google tells me what search queries lead people to my silly little blog, Diabetes is Bad. And one of those searches is, and I quote, “is soju good for diabetics.”

I mean, it’s kind of a funny thing to search for, right? In what universe is soju good for anything but getting shitfaced?!

But I understand why people are searching for soju and whether it’s, uh, friendly to diabetics.

Soju is a uniquely Korean booze that is traditionally made from sweet potatoes. And I honestly have no idea how it’s mass-produced today. Do they still use sweet potatoes or just a vat of chemical compounds? I seriously don’t know.

BUT ANYWAY … knowing how potatoes in general aren’t awesome for diabetics, the soju search actually does make some sense.

People love booze! And just because you have goddam diabetes doesn’t mean you have to give up the sauce, too.

So my title claim that soju is “GOOD” for diabetics is actually kind of a prank, albeit a very lame one, hence the quotes and asterisk at the end.

But there is some good news for the soju lovers out there.

I am an avid boozer, and I happen to live in Korea, a.k.a. Soju Nation. And in the name of science (as always!), I subjected my poor T2D body to an entire bottle of soju in order to answer the burning question of just how “good” it is for diabetics!

When you sit down to a meal or a snack, you eat, and then you’re done. But boozing is something that can go on for much longer than your average lunch or dinner.

So here’s what happened: I did three different glucose checks. The first was the “before” result, as usual. Then I did another one after 1 hour, and then I did a third test after 2 hours.

And all the while, over the course of 2 hours, I was ♫ Boozin’ … ♪ on a Sunday afternoon ♫. Ok that’s a lie. It was actually a Friday night. But I was definitely boozin’!

And this also seems somewhat important: I was drinking this soju with Coke Zero. Sure, lots of people drink soju in shot form, but personally I think soju by itself is disgusting. It’s like doing shots of vodka, but only half as strong. Eww. Coke Zero, please!

Blood sugar reading before getting drunk: 114

This reading of 114 was at least a couple hours after any and all food or medication.

I was drinking at a regular but not Frat Party pace. No food or snacks during the boozing, either. No way would I taint such an important test!

Blood sugar reading after drinking for a little more than 2 hours: 95

2 hours and 9 minutes, to be exact. I was feeling pretty good at this point! And the bottle was empty.

You might be surprised by this … but it doesn’t surprise me!

I’ve tested booze before. I drank four beers, and practically nothing happened. I also did a very unscientific test with some cheap rum, and my glucose after drinking for a few hours was 101 mg/dL.

I guess the big takeaway from this one test of mine is that soju is alcohol, and therefore it will not blow up your glucose by itself.

But there are always caveats! And they are as follows:

So there’s your answer! Soju is “good” for diabetics in that it probably doesn’t pose a great danger to your glucose levels. But that doesn’t make it a health food! LOL. I feel dumb for even saying that.

Diabetes blood sugar before and after: kimchi stew (김치찌개)
Taco Bell burritos and soft tacos are not bueno for diabetes
Diabetes blood sugar before and after: Mexican food (chicken tacos on corn tortillas)
Sorry, but tamales are not bueno for diabetes 🙁
Go ahead and eat those McDonald's chicken nuggets ... but say NO to the sauce!
Newsflash: If you're diabetic, one little piece of Halloween candy will NOT kill you!